As a Gerry Anderson fan, I highly approve of this use of Rugby Font! 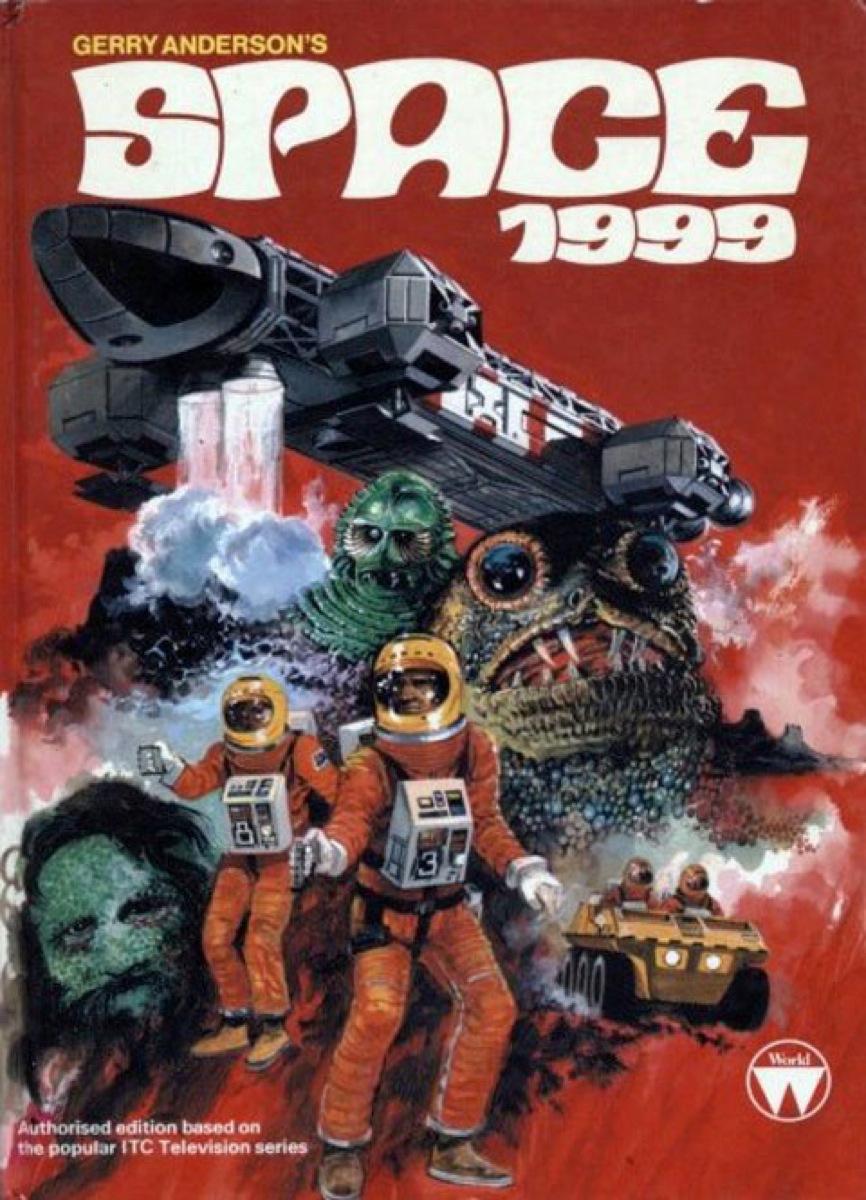 (this was initially an ILX post and then I expanded it to Metafilter post, but it still needed some proof reading so I’m reposting it here. Plus I want it here in case the other sites disappear)

In a recent episode of Mad Men titled “Lady Lazarus,” Pete Campbell has an existential crisis when he sees a picture of the Earth from space, but were there color pictures of the whole Earth in October 1966?

Astrophotography via rocketry begins in 1946 when a V-2 launched from White Sands takes the first image from space – a grainy black and white photo of the New Mexican desert. By 1948, the V-2 flights were able to photograph all the way out to the Gulf Of California.

In 1954, the first color photos of the Earth from space were taken by an Aerobee sounding rocket also launched from White Sands.

As the manned spaceflight programs ratcheted up in the 1960s, a new sociological view of the Earth developed. We, as a civilization, shouldn’t be in conflict with the planet and treating its resources solely as a source of plunder. Instead we should view ourselves as “crew members” of a planet-sized spaceship and like a good ship’s crew, we should be doing our utmost to keep our spaceship in good working order. Political borders, as both astronauts and philosophers pointed out, are invisible from space and perhaps this new view will allow us to re-contextualize our relationship with the planet, with each other, and by extension the Universe.

By 1966, this “Spaceship Earth” metaphor had entered the public consciousness. In September, Vice President Hubert Humphrey refers to “the earth itself is a kind of manned spaceship“. Economist Barbara Ward writes Spaceship Earth – an early manifesto of sustainable development and global mindfulness which in turned garners the attention of famed futurist R. Buckminster Fuller. Meanwhile, Merry Prankster Stewart Brand had an idea:

It was February 1966 and I was twenty–eight and was sitting on a gravelly roof in San Francisco’s North Beach. I had taken a mild dose of LSD on an otherwise boring afternoon and sat, wrapped in a blanket, gazing at the San Francisco skyline. As I stared at the city’s high–rises, I realized they were not really parallel, but diverged slightly at the top because of the curve of the earth. I started thinking that the curve of the earth must be more dramatic the higher one went. I could see that it was curved, think it, and finally feel it. I imagined going farther and farther into orbit and soon realized that the sight of the entire planet, seen at once, would be quite dramatic and would make a point that Buckminster Fuller was always ranting about: that people act as if the earth is flat, when in reality it is spherical and extremely finite, and until we learn to treat it as a finite thing, we will never get civilization right. I herded my trembling thoughts together as the winds blew and time passed. And I figured a photograph—a color photograph—would help make that happen. There it would be for all to see, the earth complete, tiny, adrift, and no one would ever perceive things the same way.

The Apollo program was going full-bore by then and as NASA prepared to launch the Lunar Orbiter series of lunar-surveying spacecraft, Brand launched the “Why haven’t we seen a photograph of the whole Earth yet?” button campaign – sending buttons to scientists, senators, thinkers, the media, and getting some press attention out of it. Realizing that the photo would be a good PR move, NASA instructed Lunar Orbiter 1 to take a single black and white picture of the Earth on August 23, 1966.

Only that wasn’t the first photo… the Soviet Union had already done so three months earlier with Molniya I.

It would be another year before the first full-frame color picture was released, taken by ATS-3 on November 10, 1967. Only again, that wasn’t the first photo… that honor fell to a Department of Defense satellite called DODGE who took the very first single-frame color photo of the Earth two months earlier in September 1967. However, by the end of the year ATS-3 had taken enough images to make the first color movie of the entire planet.

Arguably the most famous single-frame pictures of Earth were taken on the first and last Apollo lunar flights. William Anders of Apollo 8 took the famous “Earthrise” picture in 1968 and then in 1972 the “crew” (it’s unclear which one) of Apollo 17 took the equally as iconic “Blue Marble” picture in 1972.

After the button campaign, Stewart Brand went on to found the Whole Earth Catalog – with a picture of Earth on the cover of every issue. The catalog becomes a sensation in the counterculture – resonating in particular with a young iconoclast named Steve Jobs. R. Buckminster Fuller publishes Operating Manual For Spaceship Earth in 1969 and eventually consults with Disney on the construction of EPCOT and it’s central icon: a giant sphere called Spaceship Earth.

So no, Pete Campbell wouldn’t have been able to see a full-color single-frame photo of the Earth in 1966, but if he makes it to 1990 it might be interesting to see how he would react to possibly the most important picture of Earth ever taken: the “Pale Blue Dot” photo of Earth as seen by Voyager 1 as it prepared to exit the solar system and enter interstellar space. Carl Sagan, who requested that the photo be taken, famously wrote: 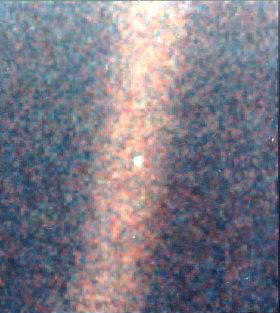 Look again at that dot. That’s here. That’s home. That’s us. On it everyone you love, everyone you know, everyone you ever heard of, every human being who ever was, lived out their lives. The aggregate of our joy and suffering, thousands of confident religions, ideologies, and economic doctrines, every hunter and forager, every hero and coward, every creator and destroyer of civilization, every king and peasant, every young couple in love, every mother and father, hopeful child, inventor and explorer, every teacher of morals, every corrupt politician, every “superstar,” every “supreme leader,” every saint and sinner in the history of our species lived there – on a mote of dust suspended in a sunbeam.

The earth is a very small stage in a vast cosmic arena. Think of the rivers of blood spilled by all those generals and emperors so that in glory and in triumph they could become the momentary masters of a fraction of a dot. Think of the endless cruelties visited by the inhabitants of one corner of the dot on scarcely distinguishable inhabitants of some other corner of the dot. How frequent their misunderstandings, how eager they are to kill one another, how fervent their hatreds. Our posturings, our imagined self-importance, the delusion that we have some privileged position in the universe, are challenged by this point of pale light. Our planet is a lonely speck in the great enveloping cosmic dark. In our obscurity – in all this vastness – there is no hint that help will come from elsewhere to save us from ourselves. It is up to us. It’s been said that astronomy is a humbling, and I might add, a character-building experience. To my mind, there is perhaps no better demonstration of the folly of human conceits than this distant image of our tiny world. To me, it underscores our responsibility to deal more kindly and compassionately with one another and to preserve and cherish that pale blue dot, the only home we’ve ever known.

If you have the DISH Network satellite service, be sure to check out the DISH Earth channel – a live picture feed of the Earth from a camera on board EchoStar 11.

By the way, I have to thank YouTube user cadilimo for soundtracking 24 hours of rotating Earth from DISH Earth with Brass Construction’s “Peekin.'” I can’t think of anything more appropriate to close this out than with a banging mid-70s funk disco track. 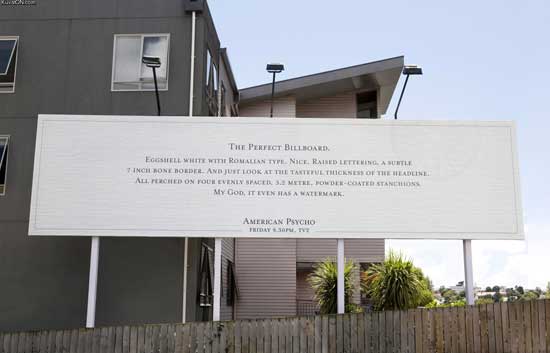 The Perfect Billboard. Eggshell white with romalian type. Nice. Raised lettering, a subtle 7 inch bone border, and just look at the tasteful thickness of the headline. All perched on four evenly spaced 3.2 metre powder coated stanchions. My god, it even has a watermark.

Ad for American Psycho on TV2 in New Zealand. As found on Ads Of The World (and many others). Larger version at AOTW too.

I can confidentially state that Twilight Zone has been more of an influence on me than any other bit of pop culture. It’s also one of the first television programs I can remember watching. Some kids had Scooby Doo, others had Rod Serling and Jack Webb… usually found weeknights on KTLA starting at 11:30pm.

1. Bruce Sterling’s closing talk at Reboot 11. First half is the standard Sterling mix of favela chic, distrust of hairshirt environmentalism, and what the next ten years is going to look like. The talk’s last half is a practical guide to getting rid of the unnecessary clutter in your life. If you’ve read the last Viridian note, the talk pretty much reviews it a year down the line. Plus it offends a non-trivial segment of the nuTechologist/Boing Boing crowd which makes me love it more.

2. Speck Mountain’s Some Sweet Relief. I dislike using “x meets y” metaphors, but the “Mazzy Star meets early Spiritualized” description is so spot-on here. Good enough shorthand, but it’s more descriptive of the band’s approach than any overt aping. Best of all, it sounds remarkably current. One of my favorite albums of the year so far.

3. Being Human. I’m the last person that would consciously seek out a vampire TV series, much less a vampire/werewolf/ghost one, but Being Human is well-written, funny when it needs to be, scary when you least expect it, and actually compelling. Superior to all other paranomal shows currently running. 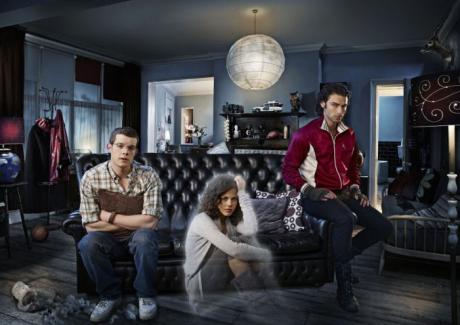 5. Enormously large flat-screen televisions. We’ve been resistant to them because of what it represented, especially in a sinking economy (we’re in foreclosure, but we have a giant SUV and a flat-panel TV!) but after a couple of run-ins with annoying theater crowds it was time to throw in the towel and just get one. DVDs do look fantastic.

Everyone else was doing it… 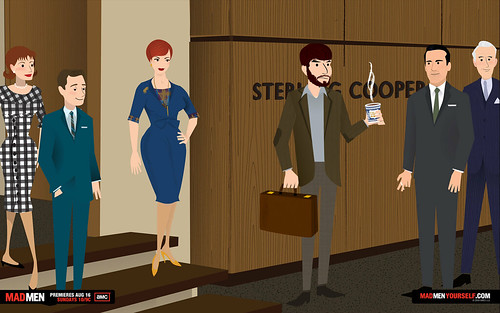 Not surprisingly, I’d be a coffee-swilling beatnik.

The sound of radio emissions from Saturn (listen here) 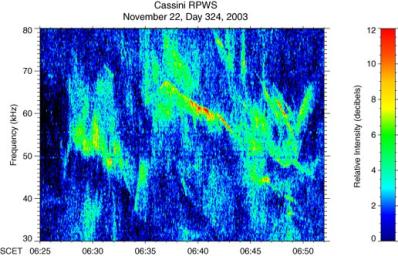 The closing credits to the television show U.F.O.

One of my first memories (I was three years old at the time) is watching this live.

Like a lot of other people, I first ran across DISH Earth as a mysterious channel next to NASA TV. OK – it’s a picture of the Earth from space. Sure the timecode was changing every 15 seconds, but not much else was going on until I suddenly blurted out “it’s a real-time picture of the Earth!”

And that’s exactly what the DISH Earth network is. DISH Network stuck a camera on the side of EchoStar 11 22,300 miles up in geosynchronous orbit and pointed it back at the earth. Nothing really changes except cloud patterns and the day/night cycle, but it’s hypnotic enough to check in on it every so often*. Besides, I find it rather cool just to be able to say “hey, what does the Earth look like right now?” 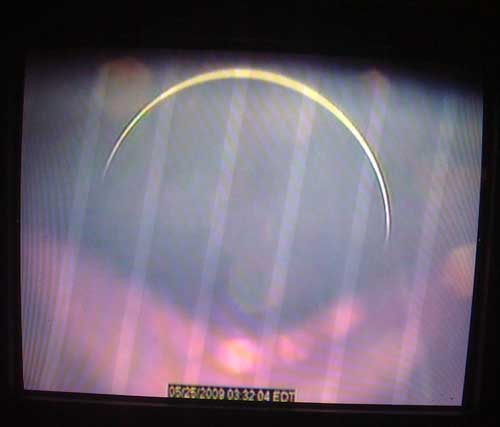 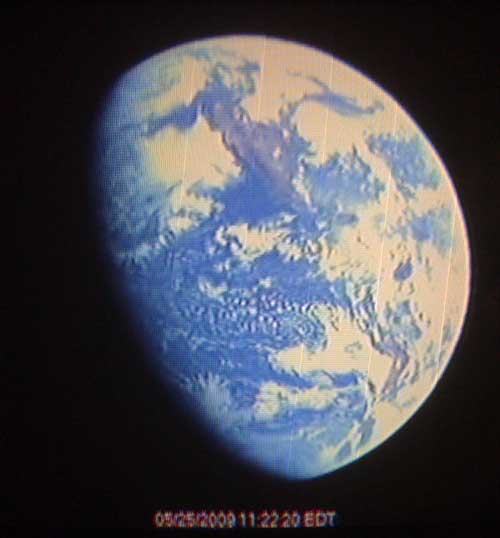 * Full disclosure: I have also sat through a showing of Andy Warhol’s Empire so my viewpoint is markedly skewed. 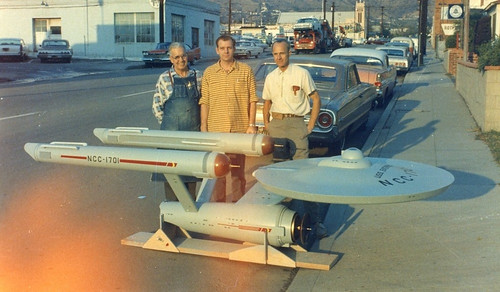 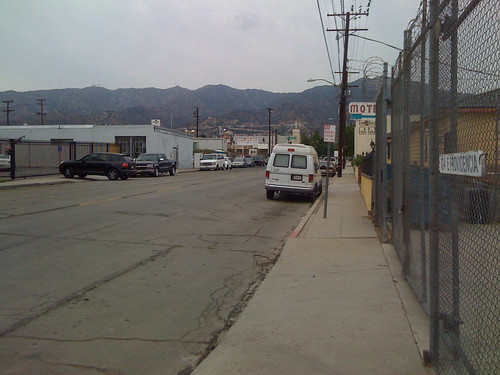 Hemmings Auto Blog has the rundown on the sports car and dune buggy connections to the original U.S.S. Enterprise.