1. John Fitch. What do you do after you’ve been a P-51 fighter pilot, competed and won the Mille Miglia, and invented the “yellow barrel” crash drums you see on freeway interchanges. Go for a class speed record at Bonneville of course. Who cares if you’re 89 and the car is a 51 year-old Mercedes? 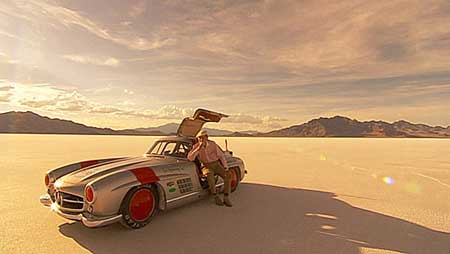 Somewhere out there Burt Munro is grinning.

2. The Antonov An-2. The world’s largest biplane. It’s kinda homely looking, but it’s as indestructible as a DC-3. I especially like this section from the pilot’s handbook:

“If the engine quits in instrument conditions (blind flying when you can’t see the ground) or at night, the pilot should pull the control column full aft (it won’t stall) and keep the wings level. The leading-edge slats will snap out at about 40 mph (64 km/h), and when the airplane slows to a forward speed of about 25 mph [40 km/h], the airplane will sink at about a parachute descent rate until the aircraft hits the ground.” 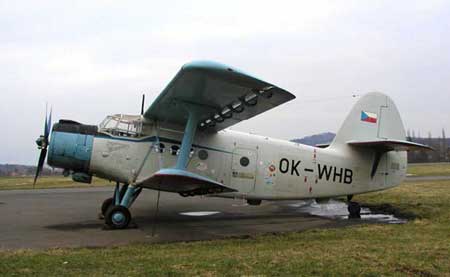 Additionally, that slow stall speed means that if you’re flying into a 35 mph headwind, you can travel backwards at 5 mph while under full control.

3. The 77 Water Street Biplane. A full-sized replica Sopwith Camel has been sitting on top of the building since 1969 “solely for the delight of denizens of neighboring skyscrapers.” Snoopy salutes you. 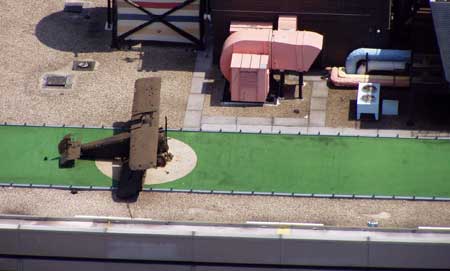 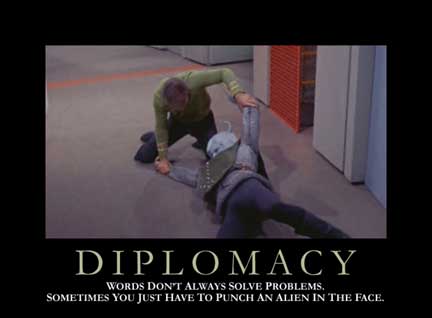 5. The “Nukeables” vending machine at the Nevada Test Site. On the tour of the test site, I couldn’t help noticing the utter lack of personality anywhere on the site. Every science lab in the world has cartoons pasted on the windows, or something like the mysterious red “The End Is Near” button on the Mt. Wilson telescope. Something that indicates that there are working people there – no matter how slightly twisted their sense of humor is. There wasn’t much of anything like that at the NTS, except for this terrific vending machine in the cafeteria. 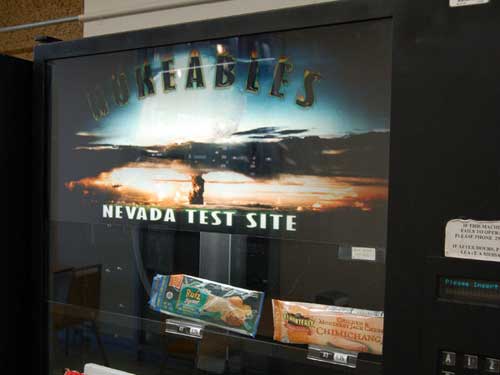 Cameras were banned on the tour so I wasn’t able to get a picture of it, but these folks were able to.