One of those days, they’re going to fix them up. No, really. 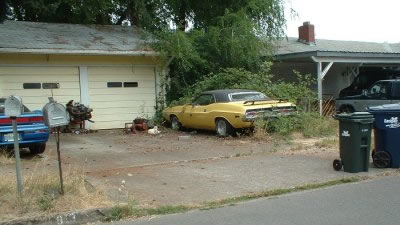 This Challenger R/T has been sitting in this same spot for 12 years or more. The owner will not sell and says he will fix it up someday. This should be our state’s saying. Don’t know much about the car except it is going to waste and it is a shame.

Sometimes there’s more to the backstory… 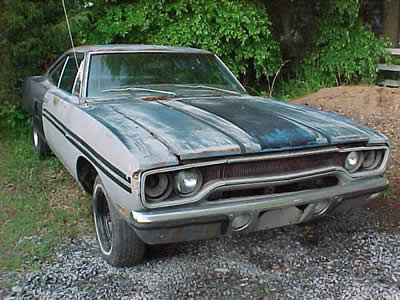 Here is a 70 4-speed Roadrunner found dying on a farm in Concord, NC. car was last running in 1989. Owner says it belonged to his son that was in the Air Force that was killed in a freak auto accident in 1990. Engine had locked up. Car has major rust inside floors and trunk. Quarters are shot, battery has leaked acid and completely rotted the inner fender. Doors are the only thing worth something because they are not rotted. Not for sale. Just a memorial soon to go back to the soil it came from. It was a B5 Blue with blue interior.

6 thoughts on “Cars In Barns”