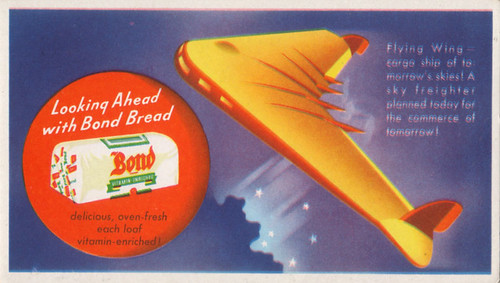 A chance to see a 60 year old UFO fly doesn’t come by that often, so the big event this weekend was a drive out to the Palm Springs Air Museum to see the original N9M flying wing prototype fly.

The old Northrop flying wings are one of the few planes I still obsess over. I still vividly remember the flying wing scene from the 1953 War Of The Worlds (and the audience in the Orange Theater cheering when L.A. City Hall gets blown up) and getting worked up over something that looked like it stepped off of the front cover of a vintage SF pulp magazine. Cue a lifetime of general obsession over retrofuture technology that was just too ahead of its time to be of any practicality. Somewhere I still have a beat-up poster of the B-49 that lasted through three years of high school dorm living. 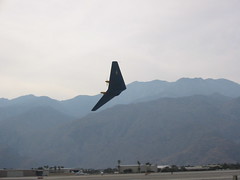 Anyway, one of the few remaining flying wing third-scale prototypes was restored a few years back and makes the occasional flight demo here and there. Even after all the pictures, films, etc. I’ve seen of it, I couldn’t help but sputter out an “illbegoddamned” when it took off.

Here’s the requisite Flickr set from the day and some some short movies I took (pass 1, pass 2, pass 3) 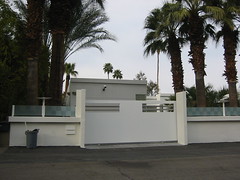 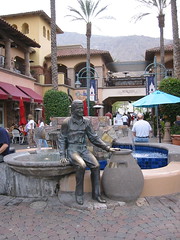