He’s buried with his twin sister at Riverside Cemetery in Fort Morgan, CO. The story is that Phil & Jane were born prematurely as their parents were on their way west from Chicago to California. Jane never made it. The loss underpins much of his creative work and the subsequent anger, blame, and self-analysis hangs over his background like an oily fog.

The town has a PKD festival now. 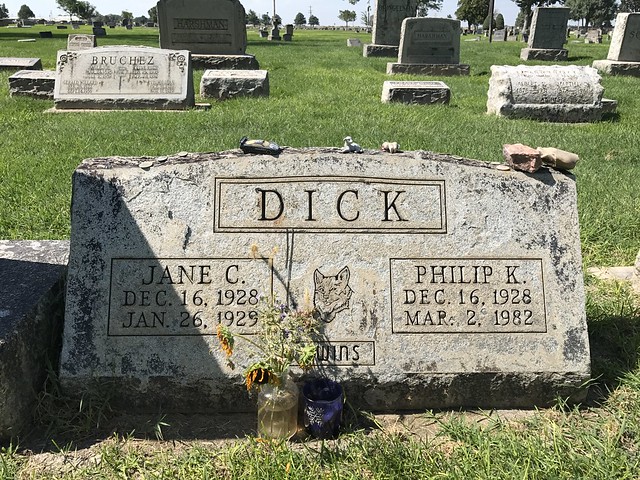 Someone left a robot button on top. 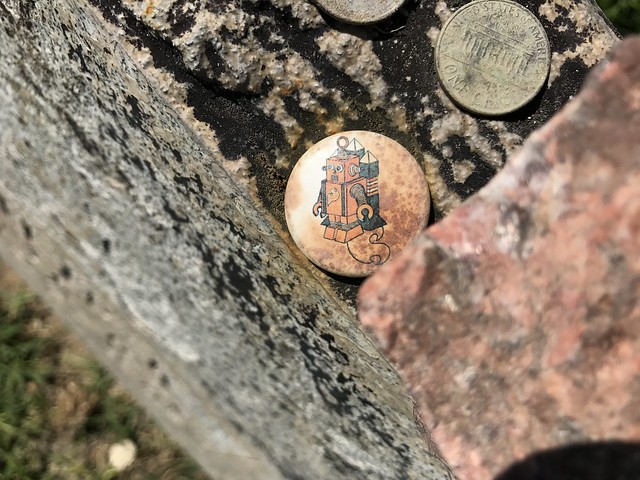